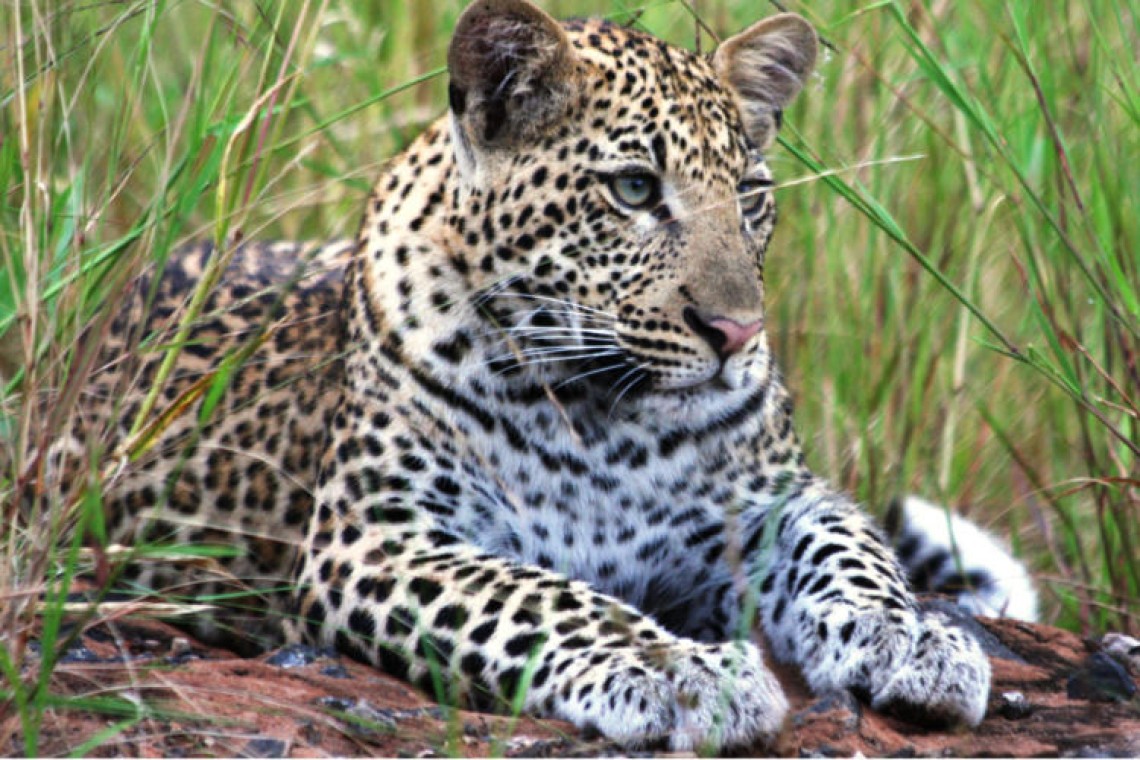 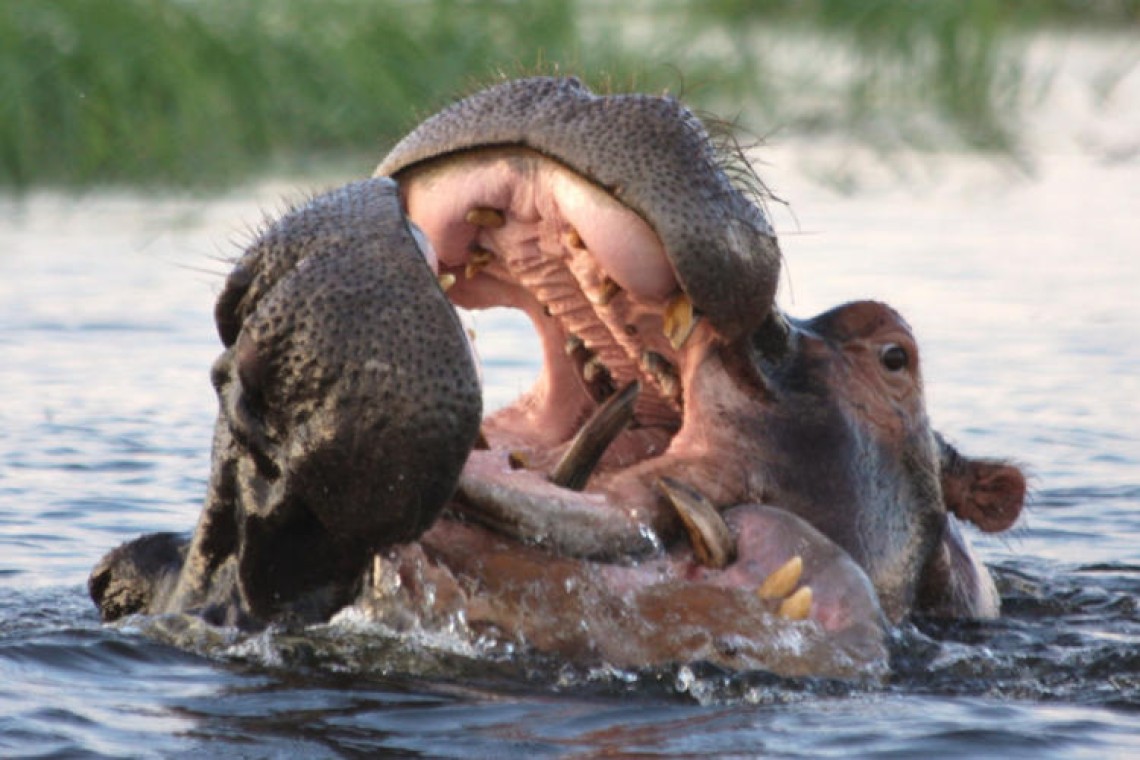 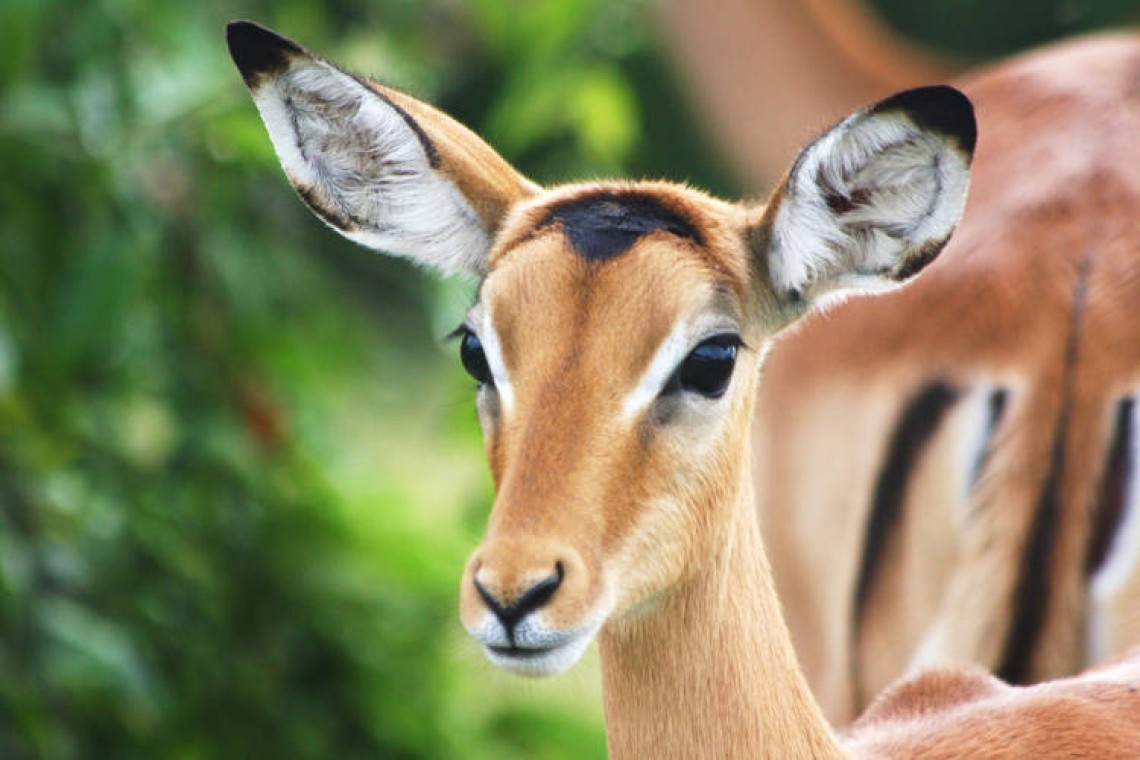 Famous for it’s large concentrations of Elephant and Buffalo which congregate along the Chobe River, this is a diverse reserve with dry savanna and periodic swamp, in addition to the vast flood plains fronting the river and the extensive tracts of teak woodland in the north east of the park.

Covering 11,700km², Chobe National Park was recognized as early as the 1930’s and by 1939, the area had been protected as the Chobe Game Reserve but was not elevated to National Park status until 1968.
The Chobe River forms the international boundary with Namibia, and Lozi fisherman are often seen poling their mokoros up and down the north bank.

The Elephant population has been responsible for removing the riverine forest, which formerly fringed the Chobe River, opening up this habitat for other herbivores, the carnivores which prey on them, and the wildlife tourists! However, shade-loving species such as the Chobe Bushbuck, Schalow’s Turaco and Narina Trogon have been lost in the process.

Their numbers are variously estimated to range between 35,000 and 65,000. This variation is due to the highly mobile nature of the Elephant’s existence as much as the imprecise nature of game counts over such a large area. Protected and subjected to limited poaching pressure, the national herd is increasing at its maximum biological rate of some 7% per annum. This means that every year there are at least 2,800 additional elephant in the park.

Watching the Elephant families drink and bathe in the river is an unforgettable sight, all the more impressive when herds of Buffalo, rafts of Hippo and gigantic Nile Crocodiles, are part of the scene. Lion and Spotted Hyena are frequently seen on the floodplains, where Red Lechwe, Puku, Zebra, Sable and Roan Antelope come out to graze. Troops of Chacma Baboon are particularly abundant. Birdwatching on the Chobe River is often very rewarding, with White-faced Duck, Comb (Knob-billed) Duck, African Openbill and Red-wing Pratincole occurring in their thousands. Spectacular Carmine Bee-eaters form massive colonies in sandbanks, with various kingfishers and martins breeding in their midst. Flocks of noisy Helmeted Guineafowl (the Chobe chicken) feed alongside Red-Billed Francolin. 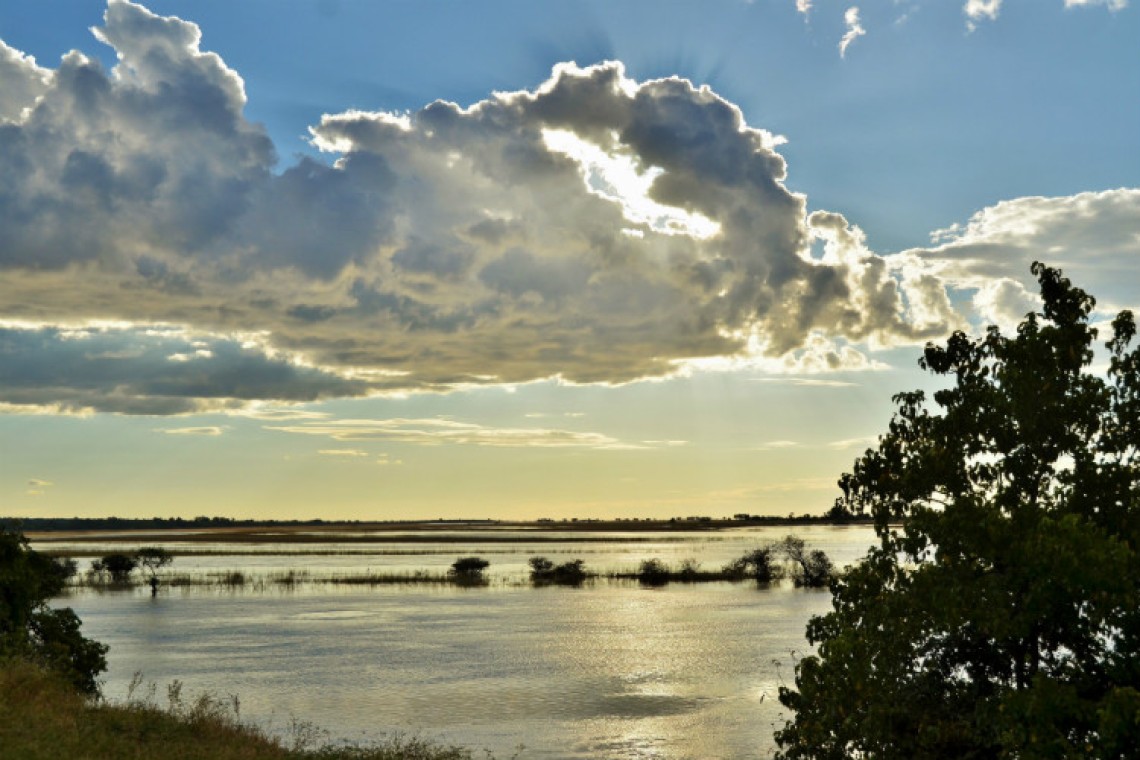 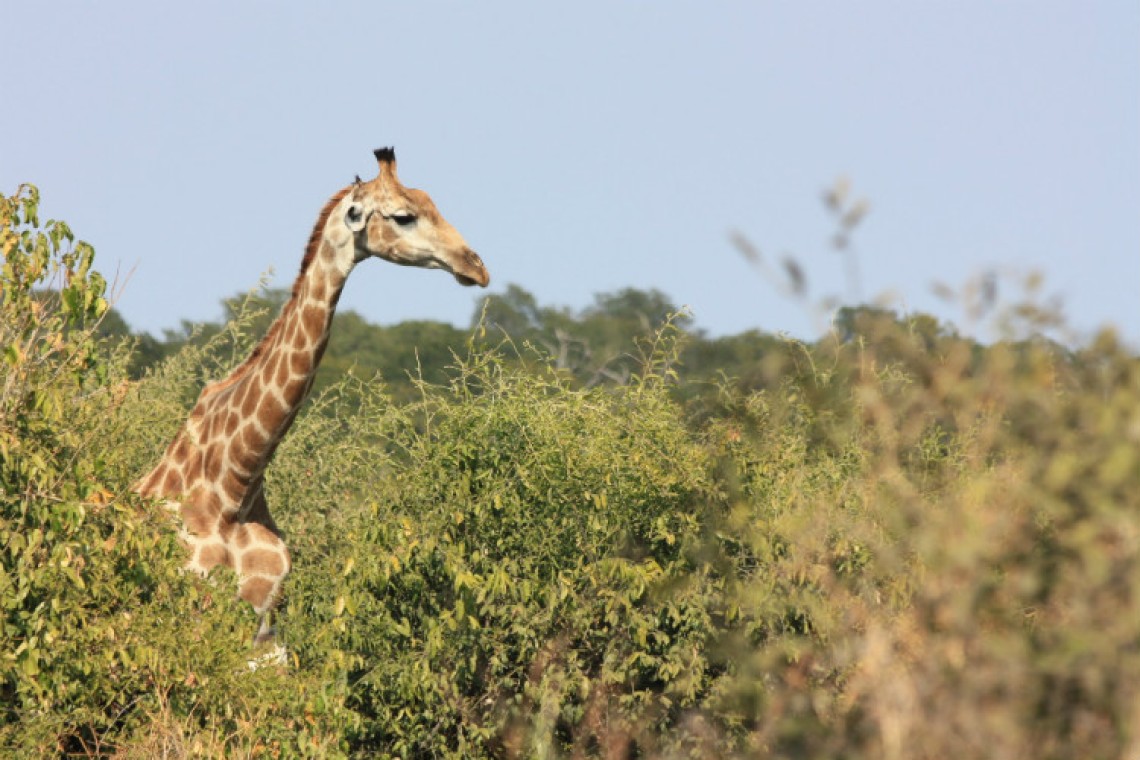 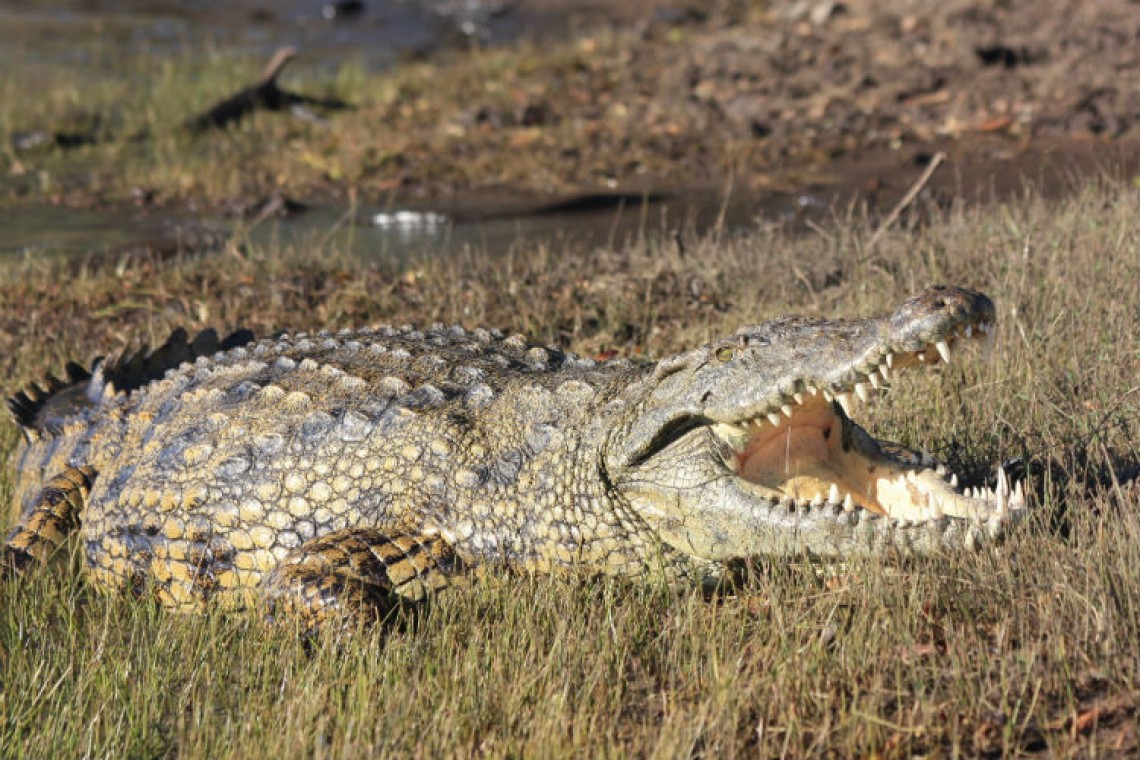 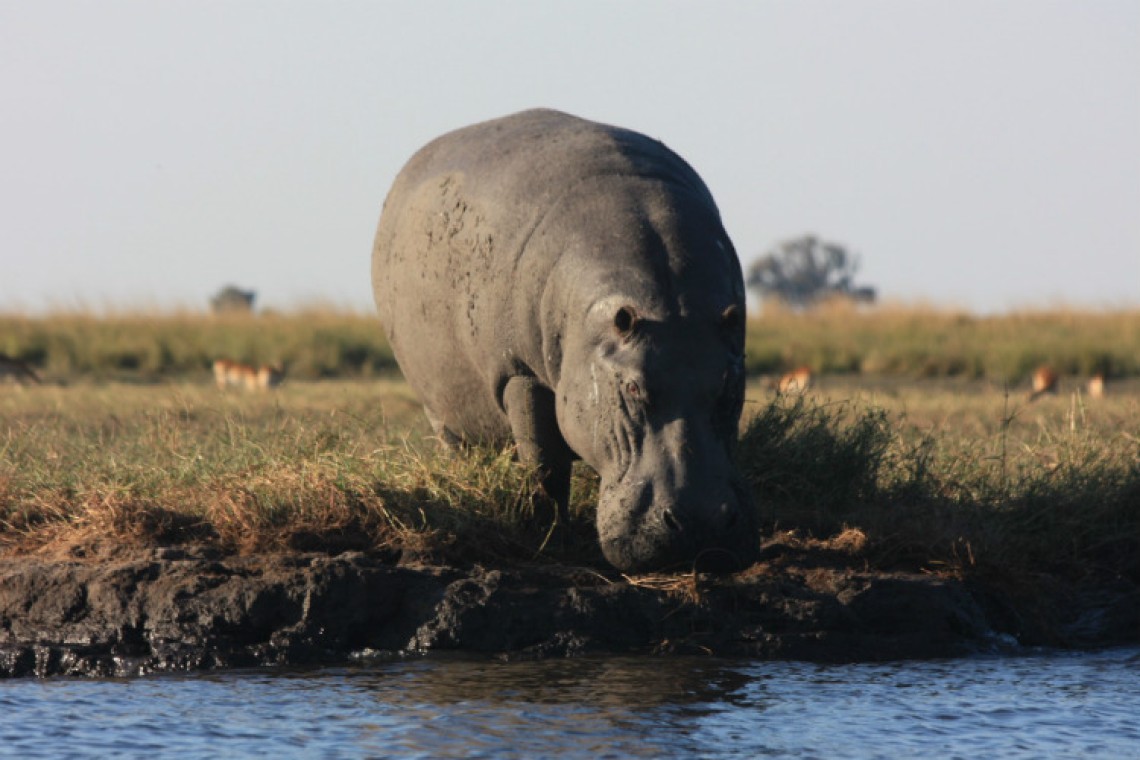 Way to the south of the Chobe River is the other major centre of wildlife activity in the park – Savute. This is an area of open savanna grassland through which a seasonal river spills out into a marsh. Large numbers of Elephant bulls are invariably present in Savute and close encounters with these great pachyderms are commonplace. Savute is also a famous battleground for Lion and Spotted Hyena, whose fight for dominance has been captured in the brilliant documentary film ‘Eternal Enemies’, filmed by Dereck and Beverly Joubert. In the wet season, large herds of Zebra and Tsessebe feed on the Savute plains, often in the company of Abdim’s, Woolly-necked and White Storks.

In the far north-western corner of Chobe National Park is the permanent swampland of Linyanti. In many ways, Linyanti is like a miniature Okavango, with species such as Red Lechwe, Sitatunga, Slaty Egret, lesser jacana and Pel’s Fishing Owl all being resident. The most remote part of the reserve is at Nogatsaa, where very few travellers go. Game is sporadic here, but when water is available in the pans, it is the best place to view Roan and Sable Antelope.